We have launched our new site!

Visit our new site at: https://teaching.utoronto.ca

If there is something that you cannot find on our new site that is on this one please let us know! Email us at: ctsi.teaching@utoronto.ca 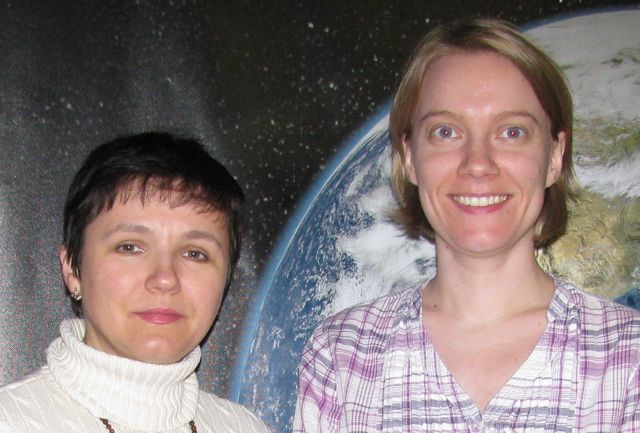 For many chemistry students, organic chemistry is a course that forms the basis of the rest of their program, and can be an intimidating and challenging subject. To Lana Mikhaylichenko and Effie Sauer, however, it is a subject filled with creative potential. So for them, finding ways for students to enjoy organic chemistry was about more than just fun: it was about turning around traditional course anxiety into true engagement with the subject.

Since Fall 2009, Michaylichenko and Sauer, both Lecturers in the Department of Physical and Environmental Sciences at the University of Toronto Scarborough, began offering bonus assignments in CHM B41 and CHM B42, Organic Chemistry I and II, both of which have a typical annual enrolment of about 500 students. Sauer was first inspired by other chemistry songs she had seen online, so decided to offer it as an assignment for students. Sauer also incorporated an option for students to research and present a “Molecule of the Week”, and when Mikhaylichenko took up the second half of the course, she added a third option, for students to research and write “Jeopardy”-style questions to be used in a course study review. The three options are announced after the mid-term test is completed, and in the end, students earn up to a maximum of 3% that is added to their final grade.  Following Lecturers who have taken up the course have continued to offer the bonus options.

When choosing the song assignment, some students create an original song, and others take a Pop song and adapt the lyrics. The major criterion to be satisfied is that the song must relate to a course topic: pi-bonding, nucleophilic reactions and resonance are popular topics to translate. There is now a large enough repository of songs produced that Sauer and Mikhaylichenko can play a different song video for each week of lecture. When students see the clips, “they light up”, says Sauer. “When they realize they’re watching their peers, it’s extra delight.” Word of mouth has travelled within the UTSC community and both Lecturers often hear second- and third-hand comments from students and faculty about the videos.

While worth a relatively small amount in the final grade, the bonus assignments have had a tremendous impact on students’ engagement with the course. Sauer and Mikhaylicheko see this as crucial to forming a positive foundation for their students’ future courses. Says Mikhaylichenko, with the bonus assignments “they have the opportunity to explore more of the course material. They don’t just work to pass the course and forget it when it’s done. Now, they like that course. And we didn’t change the topic.” After tracking class performance in 2009, Sauer found there was a correlation between students who completed the bonus assignment and improved test grades between the term test and final exam. The participating students reported overwhelmingly that completing a bonus assignment increased both their interest in, and knowledge of, organic chemistry. Mikhaylichenko has seen enrolment in her specialized 3rd-year course rise dramatically since offering the bonus projects.

Another change Sauer and Mikhaylichenko have experienced after offering the bonus projects is increased interaction with their students. They both find that students are more motivated to speak to them in office hours or by email. “It eliminated a big barrier”, says Mikhaylichenko. “Students saw us more as human beings, not like people on top of a mountain they can’t talk to. And I always say there are no silly questions.” She finds students will find her in the coffee line-up to ask questions about graduate school. In 2010, Mikhaylichenko changed her regular office hours to a discussion section that can accommodate up to 80 students, so she could respond to as many questions as possible. At the end of the term, she estimates she knows at least half of her class by name.

The main difficulty they have encountered in offering the bonus assignments is one of logistics: grading several small projects and finding time for perhaps 60 students to present a project is an extra commitment. Mikhaylichenko quantifies it as “about 500 extra emails” over the term, and Sauer works to carve out a weekend she can devote to grading the projects. Their advice to other faculty who might be interested to offer similar projects would be to think first about the grading part, and perhaps offer group options instead of individual projects if it seems overwhelming. Other instructors at UTSC have begun to offer similar options, with projects such as comics, short stories, or an essay following a field trip.

As a result of the improved engagement with the course material and their faculty, students say that Organic Chemistry is a course they enjoy, which is what Sauer and Mikhaylichenko were hoping for. For them, the payoff has far exceeded expectations, resulting from a very small change in their curriculum. Mikhaylichenko puts it in terms of seeing teaching as a two-way process that should build relationships. “I didn’t change myself, just the way they see the learning.” Having previously worked with CHM B41, Sauer looks forward to teaching CHM B42 this summer because of the different topics to offer students. “I’ve been blown over,” she says. “I’ve learned that our students are awesome.”